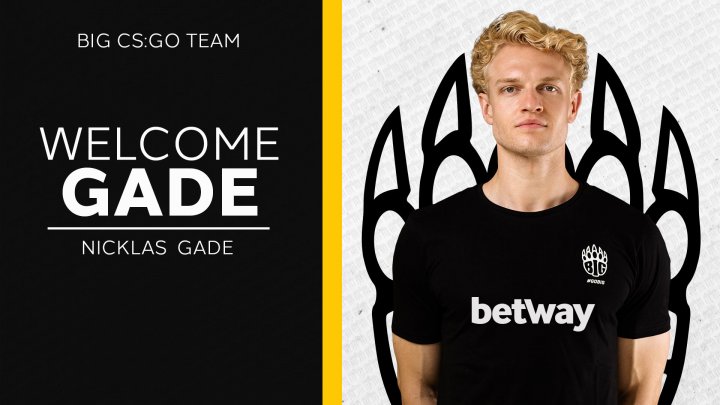 A day after announcing the signing of Nicklas “gade” Gade to BIG, the organization has now revealed who got cut from the starting five in CS:GO. Long-time Turkish player İsmailcan “XANTARES” Dörtkardeş has been benched and put on the transfer list of BIG.

The organization has thanked XANTARES for his two-year tenure, which saw BIG become the world’s number one team for a short while in July 2020 and said that they will help him find a new home.

In a Twitlonger XANTARES himself said that he “decided to follow a new path” for his career. That statement has fueled continued rumours about a proposed Turkish superteam together with Özgür “woxic” Eker, who last played for Cloud 9 before the organization called it quits in March 2021.

After a Top 8 finish at IEM Cologne 2021 German CS:GO team BIG has announced a roster change. The organization has decided to sign Danish player Nicklas “gade” Gade to their starting lineup.

gade had last been active on the roster of North before the organization ceased operations in February 2021. After North closed its doors he had been playing with HYENAS, a Danish team that saw him reunite with fellow ex-North players aizy and Kjaerbye until they also dissolved at the start of July.

Now under contract with BIG, gade will play a core role in bringing the German team back to the top. A year ago BIG conquered the first place in the world rankings but could not maintain their form in the following weeks and months, dropping down to eighth as of now.

According to the official announcement gade will be supporting tabseN inside and outside of the game with his vast experience and leadership qualities. The first time in action for the new BIG squad will be the ESL Pro League Season 14 in roughly two weeks’ time.

As of now BIG has not yet announced which of the current five starting players will be benched or replaced with gade, but we can expect more news on that in the near future.

What do you think of the roster move? Which player is likely to be replaced? Join the discussion on social media or our Discord!

Menu
PrevPreviousCS:GO – How to transfer your sensitivity to other games
NextUndying goes perfect in regional NA qualifier, punches ticket to TI10Next
On Key