After a video teaser during Summer Game Fest there now seem to be two leaked images of VALORANT’s Agent 17 ‘Kay-0’. 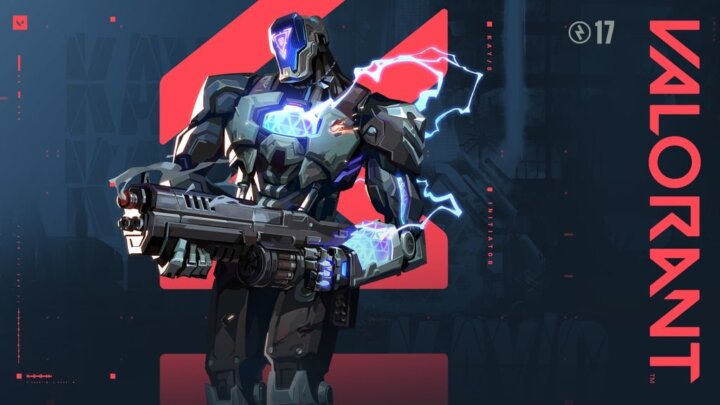 Riot Games teased their brand new agent, Agent 16, during Summer Game Fest themselves, but there seems to be more information about the upcoming playable character now. Two leaked images and a name was all it took to create a lot of buzz.

Reddit user springftw posted the images, which supposedly show the upcoming agent, and declared they received the images via “private leaks” and “found them on a Discord server”. They posted the images on various VALORANT subreddits, but their account got deleted already, which makes you think the provided information was legit.

The first image is the splash art of Agent 17, and his looks match the rumors about it being a robot of some kind. The electricity coming from his body and his full-body metal looking suit surely fits the profile. The second image is an ingame screenshot which shows Agent 17 standing right next to a Killjoy turret, with a strange looking purple aura surrounding him. Although Killjoy is very closeby, her turret and alarmbot are disabled. This could mean the new agent is able to disable utility around them, a rumor that’s also been around for a while. 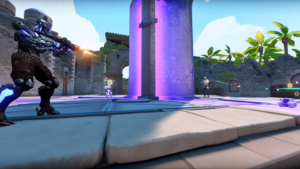 Last but not least, next to the images also a name got leaked. This new VALORANT agent could quite possibly go by the name of Kay_0 (or Kay-0), but ofcourse nothing is confirmed yet. We all have to wait until the big release which is expected to be around the start of the next Episode, somewhere around June 22.

Earlier in the day, VALORANT’s official Twitter account was ‘taken-over’ by the playable Agent Killjoy. Along with this event came several ominous images and videos posted throughout the day. Frequent pictures of the Agent’s turret or other gadgets were coupled with her in-game voice lines. One specific image saw Killjoy ‘leak’ texts between herself and fellow Agent Brimstone.

Most notable from the Twitter takeover however was 9 second video released at the beginning of the day and later pinned to the account. The video features a robotic, human-like body with a detached head that seemingly turns online. Many have speculated that this could be our first glimpse of Agent 17.

This release coming with Killjoy’s Twitter takeover likely implies some sort of connection between the two characters. Given Killjoy’s inventive nature, like the robot is of her own creation. Voice lines in prior pictures, such as “Variable removed, Alarmbot down” give some indication to what this Agent’s kit could potentially look like.

Many have speculated that VALORANT has looked to include an Agent capable of ‘disabling’ enemy abilities. Teaser images found on the newest map, Breeze, show purple, glowing daggers. These daggers may be the instrument through which Agent 17 is capable of disabling other’s abilities. Episode Three is fast approaching with more being released about Agent 17 seemingly every day. More information regarding the Agent, and perhaps even his entire kit, could be revealed before the end of the Summer Game Fest.

Are you excited for Episode 3? Join the discussion on social media or our Discord!