After an incredible summer of European League of Legends esports, the season is closing out with three days of epic matches.

As we come to the end of another thrilling season of League of Legends esports, we’re looking forward to a bumper weekend of games to close out the Summer – we’re speaking of course, of the end of Summer Superweek, which runs from Friday 30 July to Sunday 1 August.

The three-day extravaganza will see 15 matches take place, five per day, with half of Europe’s top teams competing for the number one spot, while the other half battle it out to stake their claim for the final spot in the Playoffs. Rogue are currently top in the standings with an 11-4 record, but all that could change after this weekend’s matches. In second place, we have a three-way tie between Spring champions MAD Lions, Fnatic, and Misfits Gaming. Nipping at the heels of this trifecta are G2 Esports, who will no doubt be hungry to climb back up to the top this weekend.

Friday kicks off with Team Vitality vs FC Schalke 04 Esports. This weekend will certainly be bittersweet for Schalke, as they play their final matches as part of the LEC. Hopefully, we’ll see the likes of Sergen “Broken Blade” Çelik, Ilias “NUCLEARINT” Bizriken, Matúš “Neon” Jakubčík pull off some fantastic performances for the team’s swansong. And they’ll undoubtedly get some chances for glory, as later in the weekend they’ll go up against the mighty G2 and Fnatic.

Elsewhere, Vitality will be looking to redeem a disappointing season that sees them sitting at joint-eighth place as things currently stand. Vitality have struggled in the past season, which few would have expected given the talent they took on at the start of Summer in the form of Enzo “SLT” Gonzalez, Juš “Crownshot” Marušič, and superstar jungler Oskar “Selfmade” Boderek. It won’t be an easy set of games for Vitality either, as they will go up against current top-spot holders Rogue on Saturday and Astralis on Sunday. 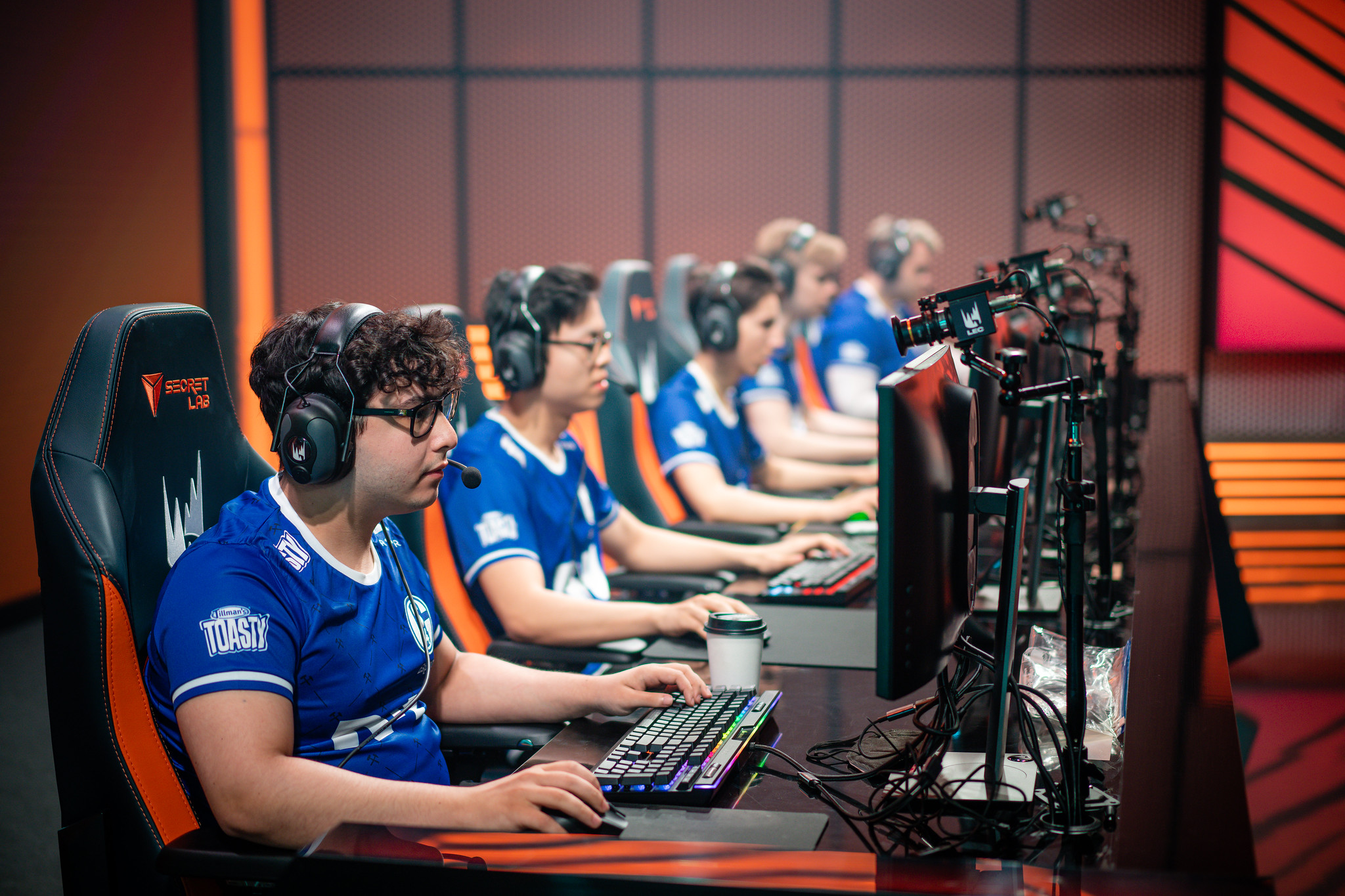 his weekend is your final chance to catch Schalke 04 in action – here’s hoping for some incredible games as the team make their exit from the LEC.

Another team that will be looking to rise up the ranks this weekend are SK Gaming. Currently tied with Vitality with a record of 5-10, it’s not been a spectacular season for SK, but there have been some moments of true brilliance from the squad, such as last week’s upset win over Fnatic. 2021 rookie Ersin “Blue” Gören shone particularly brightly in this game with some calculated Syndra plays – it will fascinating to see if he and his teammates can pull out similar performances against Astralis, Misfits, and Rogue this weekend.

British organisation Excel Esports’ Summer has certainly been a mixed bag – they’re currently sitting at 6-9, but the wins they have picked up have been sensational. In Week 2 they took a win over reigning champs MAD Lions, and in Week 4, they managed to take down G2 and Vitality. Swapping in the subs Mark “Markoon” van Woensel and Henk “Advienne” Reijenga seems to have positively affected the squad, so here’s hoping they can pull something special out of the bag this weekend as they take on Rogue, G2, and Astralis.

Speaking of Astralis, the team has also had a mixed season thus far, currently occupying sixth place just below G2. As Martin “Rekkles” Larssen called out on the EUphoria podcast, Astralis have demonstrated excellent team synergy this season, despite not being the most robust roster on paper, so expect them to come out swinging this weekend. With a tough weekend ahead of them, Astralis’ match against Excel will likely decide which of the two teams makes it to Playoffs – so make sure you don’t miss it!

Often regarded as EU’s best team, G2 Esports have had a mixed run this season. Unusually, the team dropped several games in the first half of the season to Schalke, Vitality, Fnatic, Excel, and Misfits. However, G2 bounced back in Week 5 with wins over Astralis and, crucially, Rogue, with the aerodynamic Rasmus “Caps” Winther going deathless in that particular match. No doubt G2’s biggest test this weekend will be their match against MAD Lions, in which they will be hoping to replicate their success of Week 1. 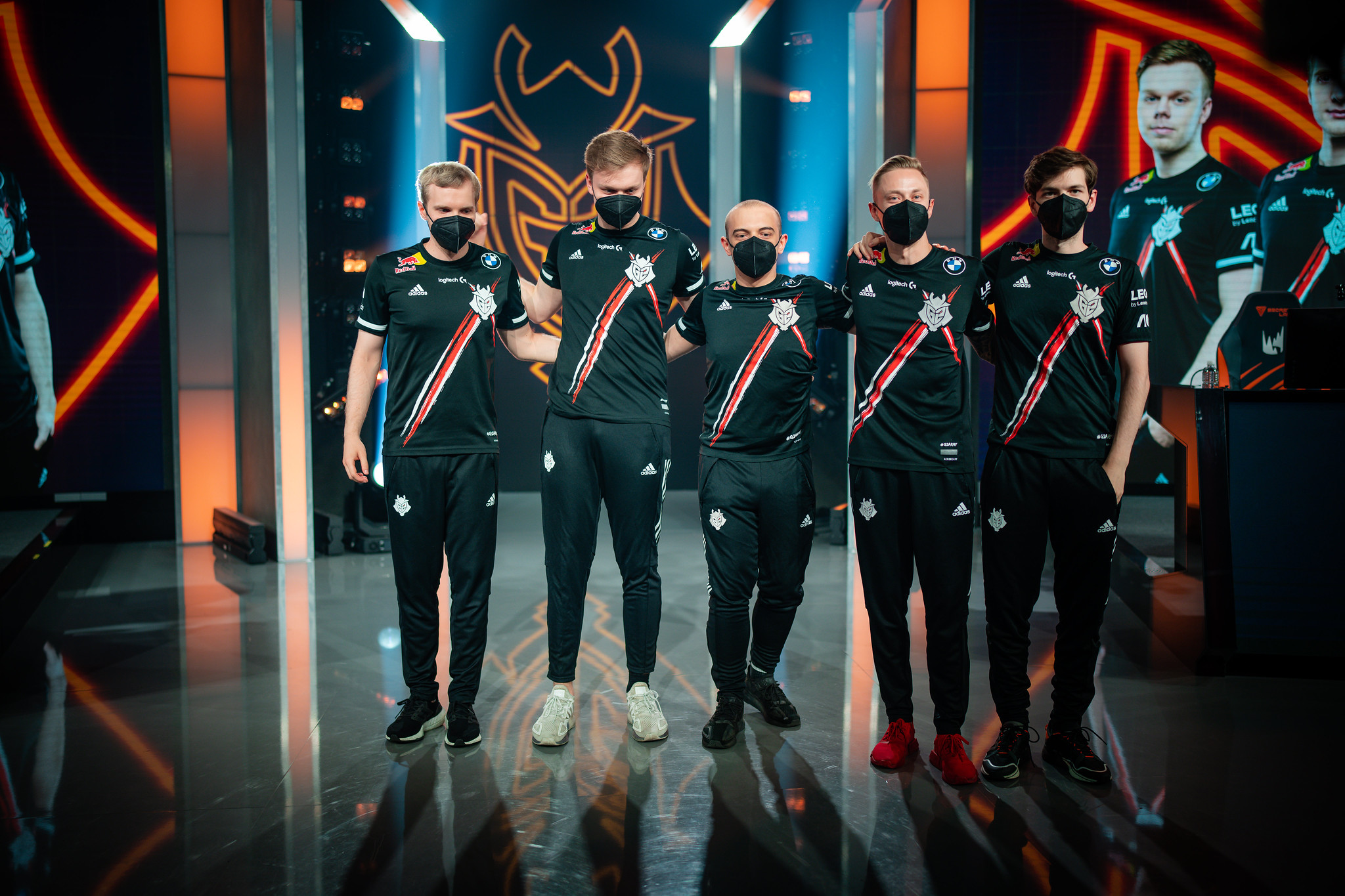 G2 have had a mixed season this Summer, but with a space at Playoffs already secured, they’ve got nothing to lose.

Misfits, on the other hand, started out at number one and maintained that place for several weeks, with an impressive run of wins. While there have been some noticeable dips for Misfits – Week 5’s losses to Rogue and Astralis being a particular lowlight – the team have been remarkably consistent. They just might be the dark horses for the Summer Playoffs. But first, they’ll have to secure their seed, so don’t expect them to hold anything back in their games against Fnatic, SK, and MAD Lions.

Who will be the victor?

After an infamously disappointing Spring, Fnatic certainly look like they’ve regained their mojo this season, thanks in large part to the addition of top lane prodigy Adam “Adam” Maanane, who proved his worth in Week 6, achieving a 14.0 KDA in Fnatic’s bout against G2. Their match against MAD is likely to be their biggest test this weekend, as both teams will hope to come out on top of their three-way tie with Misfits.

One thing we can say for sure is that few could envy MAD Lions’ schedule this weekend. The Spring champs have by far the most challenging weekend ahead of them, with matches against G2, Fnatic, and Misfits. With the results so tight at the top of the table, and with MAD having the toughest set of matches, they will have to work hard to maintain their stamina.

With all these incredible games and the strong possibility of some tiebreakers thrown in, it’s looking to be a thrilling and historic weekend for League of Legends esports. Naturally, you won’t want to miss a second of the action, so make sure to tune in at lolesports.com tonight at 18:00 CEST when the Superweek kicks off with Vitality vs Schalke.

Menu
PrevPreviousRise of the Rookies: LEC 2021 Summer Review
NextCS:GO – How to transfer your sensitivity to other gamesNext
On Key