VALORANT 101: How to play Ascent 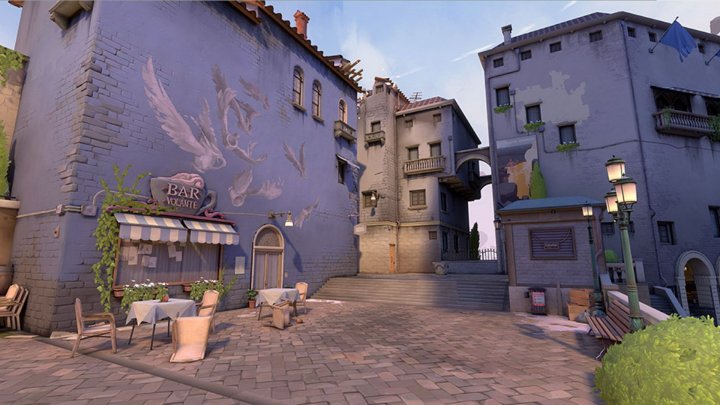 A staple since the game’s launch, players have had plenty of time to familiarize themselves with Ascent. Similar to many other maps in VALORANT, Ascent has narrow and pointed hallways with slightly more open bombsites. The main areas of focus aside from the bombsites is mid and the doored areas around both sites. A wide variety of Agents, strategies, and compositions are viable on Ascent. Here’s our tips on how to master one of VALORANT’s signature maps.

Middle priority – A round deciding chokepoint

The middle of Ascent is one of the largest, and most open, parts of the map is where a large deal of opening skirmishes will happen. Gaining priority over this area, since it connects to both bombsites, it vital. Having secure control over mid will facilitate rotations and flanks and give your team the upper hand. Both sides will approach this area from different angles, but ultimately have the same goal of gaining priority.

Given the openness, there isn’t a standard route mid players have. Often times, teams like to split the attack between A site and B site, sending two to three players mid. The two sides of mid, Market and Catwalk are both important to take control of. Pushing Catwalk pressures A site and gives sight over opponents flanking from B. Market will likely result in a long range duel with defending mid players, making this the more ‘difficult’ options.

Defending mid is far more cut-and-dry. Be aware, that most attackers will likely smoke the singular mid entrance from spawn, so be prepare to push blind. Should there be less pressure in either A or B site with most enemies appearing mid, you can easily rotate around and try to get the jump on attackers here. Attackers have it far harder on mid considered there are three possible points of fire they have to be on the look out for. You should use this edge to your advantage, putting utility here to further disorient enemies.

B Site – Trying to get on main

B Site is one of the more interesting bomb sites in VALORANT. Right after attacker spawn is a narrow corridor that leads into a much more open space, B site being located in a pit. On attacker side, its all about getting out of this choke as fast as possible and spending as little time between the B entrance and B Main. Agents with mobility, blinds, and smokes facilitate this rotation. Once you’re in the pit though, its all about aim and who has the better hands.

Defenders have the opposite goal, trying to lock defenders into the corridor with utility and keep them pinned for easy frags. Sage and Cypher work exceptionally well here. Sage’s wall covers the entire mouth of the attacker exit point, while few will be looking for other utility such as mollys or trip wires. Once again, defenders have the advantage in terms of sheer vantage points. The middle connector, front entrance, and even pit catwalk can all catch attackers out.

A Site – Solo defender or attacker side

A site is very similar to B, however smaller and more compact. Conversely, defenders can often just position one Agent here capable of locking down and anchoring the entire site. For Killjoy mains, this is where you’ll spend most of your rounds. Your primary goal here shouldn’t be to get a 1v5 ace, but to gather information. If you spot opponents with utility early, it gives time for your team to wrap around. If all you hear is radio silence, then it gives you the opportunity to lurk.

The best route for attackers going A site is definitely through middle catwalk. The front entrance often requires a much more difficult aim duel with defenders in either Heaven or Hell. A pincher strategy often works here as well, as pressure from the catwalk entrance can often allow a few players to slip in from the front. Be aware that most defenders on this site will play for the retake, and prepare for round two.

Every map in VALORANT has a gimmick of some sort. Some gimmicks are incredibly prevalent and user, however Ascent’s is largely inconsequential. The doors can be both opened and destroyed, and connect to the two bombsites. Defenders can often just spam the doors down before the round starts to get a clearer view.

Compositions that work best here involve highly mobile duelists and lock down Sentinels or Controllers. Having a strong defense composition is vital, as you will need to take advantage of your inherent advantages. Overall, this map is one of the more straightforward maps in VALORANT, where pushing and holding remain king.

What map should we cover next? Join the discussion on social media or our Discord!

Menu
PrevPreviousCS:GO – How to transfer your sensitivity to other games
NextCrosshair profiles might be coming to VALORANT soonNext
On Key